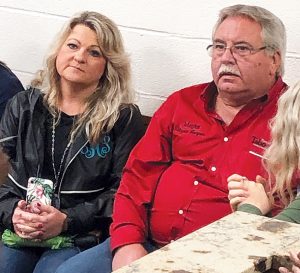 Incumbents led the vote in races for Mayor and Town Council in Tabor City on Tuesday, with incumbent Royce Harper the apparent clear winner for the top job, David Mincey also well ahead in the race for two seats on council.

It was unclear Tuesday who had won the second council seat, with incumbent Nelson Lee was just two votes ahead of political newcomer Ronnie Graham in the unofficial election day voting at the District Court Building in Tabor City, but early and absentee voting putting Graham in the lead by two votes.

Still unknown is the impact of absentee ballots, if any, that may have been placed in the mail by the deadline Tuesday, but have not yet been received at the Columbus County Board of Elections offices in Whiteville.

None of the races will be official until the canvass of votes is held beginning at 11 a.m. Friday, Nov. 15, at the Columbus County Board of Elections offices in Whiteville. 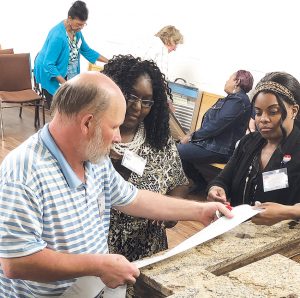 A stealthy write-in campaign was revealed to many on Tuesday, with supporters for Wallace L. “Buddy” Clontz Jr. for mayor and Dewayne Nobles for council soliciting votes outside of the polling place.

Both, Tuesday night, said they were asked by some citizens to run, and had kept their campaigns quiet until election day on purpose.

There were 47 write-in votes for mayor recorded, 70 for council.

Results from three ballots in Loris were delayed Tuesday night because of problems with new voting machines and an unusually large number of absentee ballots, which had to be counted by hand.

Look for those results here when they become available, and full election coverage in tomorrow’s Tabor-Loris Tribune in print and online.