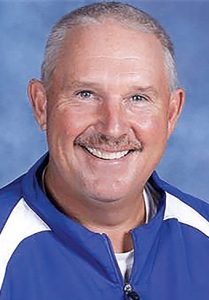 Jamie Snider has been relieved of head football coach duties at Loris High School, his re-assignment coming during a meeting with Principal Richard Crumley on Wednesday.

“We appreciate the efforts of Coach Snider but feel that it is time that we move into a different direction for the betterment of our program and our student athletes,” Crumley said late Thursday. “We wish Coach Snider the best on his future endeavors whatever they may be.”

At the helm of the Lions grid program for nine years, the last five losing seasons, Snider’s team posted an overall 1-9 record this year, 0-5 in region play.

During the Wednesday meeting with Crumley, Snider was told the school was “moving in a different direction with the football program,” the principal said.

Coach Snider told his team of the decision during a Thursday meeting.

School district policy requires that the open position be posted, with a decision on a new head football coach expected in the coming weeks, Crumley said.

Look for more on this story here as events warrant, and extended coverage in the next Tabor-Loris Tribune in print and online.