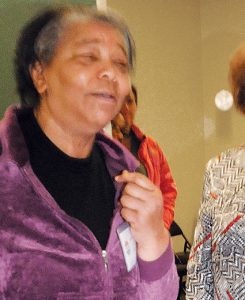 Heads, the fourth in a row in a series of coin tosses, returned Nelson Lee to Tabor City Council nearly three weeks after the final votes were cast in that race.

With a recount effort that began Friday, and ended late Monday afternoon, Lee and challenger Ronnie Graham joined Sandyfield Town Council incumbent Claudia A. Bray and challenger Randolph Keaton with ties to be settled by the toss of a coin, best two out of three wins.

Lee and Keaton each called heads, county Board of Elections chair Bonita Blakney tossing the gold colored dollar coin into the air, first to settle the Sandyfield race, then Tabor City’s.

Heads was the result three times in a row, giving the Sandyfield challenger and the Tabor City incumbent the wins. 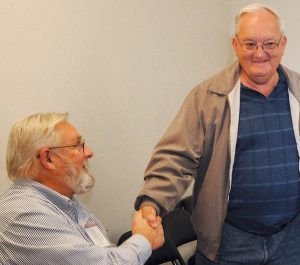 “You all did a good job,” Lee said to the board. “This is history.”

It may have been. While there have been tie election results settled by chance in the past, no one could remember that happening twice in the county in a single election cycle.

Look for the full story in Tuesday’s Tabor-Loris Tribune in print and online a day early this week due to the Thanksgiving holiday.