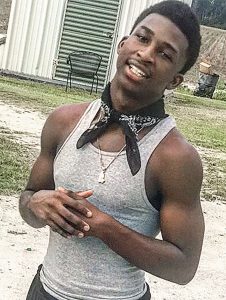 A recent graduate from South Columbus High School was killed in what Horry County Police are calling a “traffic-related shooting incident” east of Loris early Saturday.

Smith was the only person killed in the incident, Dontell said. An autopsy was scheduled for Sunday.

Reported initially as an auto crash, police learned there was more when a passing motorist reported bullet holes in the vehicle, The Sun News reported.

Police found the teen dead inside the car with a gunshot wound.

Police closed Hwy 9 in both directions for hours, re-opening the busy highway about 9:30 a.m.

‘Lot of life to live’

He had played soccer and been part of the track team at South Columbus, and planned to march with his class at commencement later this year.

“Most everybody seemed to like him,” Thompson said of Smith. “This will be tough on the kids.”

Counselors will be on campus Monday, Thompson said, “in case any students need to talk to somebody. We’ll take care of their needs first.”

Counselors for faculty and staff will also have counseling available. One staff member, custodian Luberta Hunter, was Smith’s aunt with an especially close bond.

“She was kind of like his guardian,” Thompson said of Hunter.

“Rashawn was well thought of by his community and classmates,” Garland said. “There is such a shadow of mourning over ours hearts today.

“Rashawn was full of life and made everyone laugh. When he stepped on to the track to complete,  he would transform into a determined competitive athlete.”