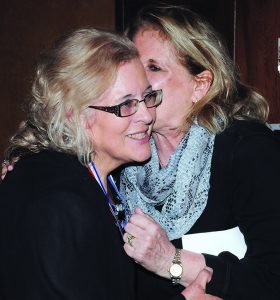 Citizen of the Year Pam Byrd with a smile and whispered congratulations moments after Chamber President Marylou Molina places the Tabor Medal around Byrd’s neck.

Downtown merchant and community supporter Pam Byrd was named Tabor City’s Citizen of the Year during the 74th annual banquet of the Greater Tabor City Chamber of Commerce Tuesday. 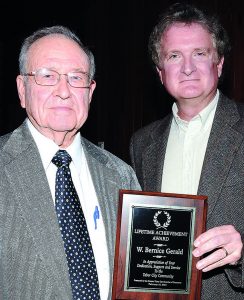 Adam’s Seafood & Steaks was honored as Business of the Year, retired banker Bernice Gerald was given a Lifetime Achievement Award, attorney Dennis Worley was recognized for his community and economic development efforts, and town Recreation Director Mike Jackson received the Community Service award.

A near capacity crowd at The Ritz Center downtown witnessed the swearing in of officers for 2020, and heard an optimistic view of economic development prospects for the region from North Carolina Southeaster President Steve Yost that was reflective of a “Tabor City Update” presented by Town Manager Al Leonard.

“Small Town … Big Future” was the banquet theme, and Chamber President Marylou Molina said the comments from Yost and Leonard gave her reason to be optimistic about the future of business in Tabor City.

Look for much more on this story, and additional photos, in today’s Tabor-Loris Tribune in print and online. 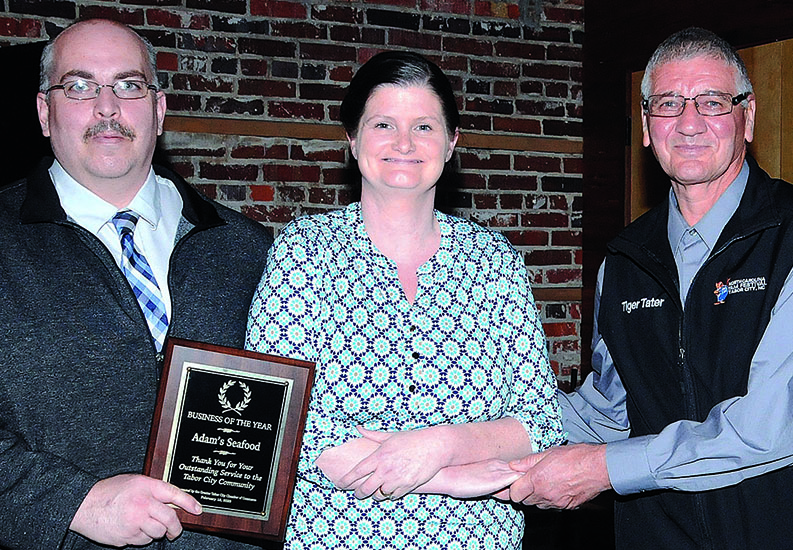