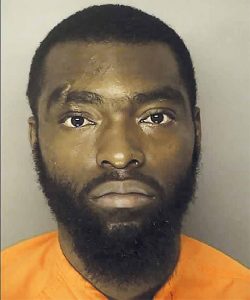 Murder and robbery charges have been filed against a Tabor City man in custody in Horry County in the killing of a Texas man in the Green Acres subdivision earlier this month.

Marty Davane Soles, 28, of Tabor City was charged Wednesday. He is accused in the March 2 shooting death of Tony Clayborn, 30, who was from Texas, a news release from Columbus County Sheriff Jody Greene said Thursday.

Deputies found Clayborn lying dead near the roadway on Pine Circle Drive in the Green Acres community east of Tabor City on the evening of March 2, and later were able to determine his identity.

Clayborn died of a gunshot wound, the news release said.

Soles was located in Murrells Inlet by the United States Marshals Service on Tuesday, the news release said.

Jailed at the J. Reuben Long Detention Center near Conway, Soles was released to the custody of CCSO Det. Paul Rockenbach Wednesday and jailed at the Columbus County Detention Center on the murder, robbery, and a long list of outstanding drug trafficking and conspiracy charges.