A Whiteville woman who died after reportedly leaving a moving car in Williams Township Tuesday morning suffered “a gunshot wound and additional trauma to her body,” the Columbus County Sheriff’s Office reported Thursday.

Monalisa McMillian, 19, was found deceased near the highway when deputies responded to a “domestic disturbance” call on US 701 just north of Williams Township School before 8 a.m. Tuesday. 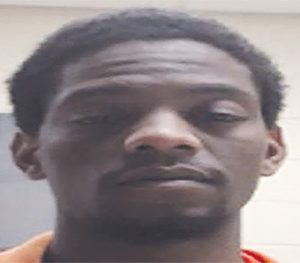 William Jacoby Singletary, 29, of Hwy 410, Bladenboro, was charged with murder, possession with intent to sell and deliver cocaine and marijuana, a sheriff’s office news release said.

Singletary was held at the Columbus County Detention Center without bond on the murder charge, $10,000 on the drug charges.

McMillian was a passenger in a vehicle driven by Singletary when the two became involved in a “domestic dispute,” the news release said.

Witnesses said McMillian exited the moving vehicle. The sheriff’s office has not provided details on if she was pushed out, or if she was attempting to flee and left the car on her own.

Tabor City Emergency Services transported McMillian to Columbus Regional Healthcare in Whiteville. Witnesses said CPR was performed on her on the scene of the incident.

This investigation is ongoing, the news release said. Anyone with information is asked to the Columbus County Sheriff’s Office Criminal Investigation Division at 910-640-6629 or Detective Paul Rockenbach at 910-770-2145.

Look for more on this story as events warrant here and in the next Tabor-Loris Tribune in print and online.