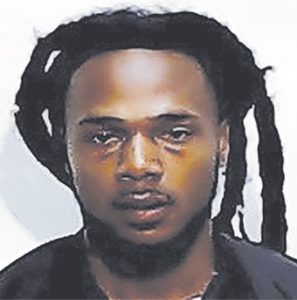 A weekend traffic checkpoint near Tabor City prompted a 70 miles per hour pursuit and felony drug charges for the Charlotte man behind the wheel, the Columbus County Sheriff’s Office reported Tuesday.

Christian McCoy, 24, of Druid Circle, Charlotte, was charged with possession with intent to manufacture sell and deliver a schedule 6 controlled substance, maintaining a vehicle for a controlled substance, possession of marijuana paraphernalia, fleeing to elude arrest, resisting law enforcement, and driving with a revoked license, following his arrest Sunday.

McCoy was booked into the Columbus County Detention Center under bonds totaling $9,500, a jail report showed.

Deputies were conducting a checking station on James B. White Hwy at Peacock Road Sunday when a Dodge Caravan failed to stop, initiating the pursuit south on Peacock Road at speeds in excess of 70 miles per hour, sheriff’s spokeswoman Michelle Tatum said.

“Deputies managed to stop the vehicle at Iron Hill Baptist Church on Peacock Road,” Tatum said. “Three males and one female were inside the vehicle.

“Marijuana, packaging materials, over $1000 in cash, and a scale were seized from the vehicle and occupants.”

Deputies observed “narcotics” thrown from the van during the pursuit, Tatum said, and were able to retrieve the contraband, about 32 grams of marijuana.

Look for more on this story, and other law enforcement related news in this week’s Tabor-Loris Tribune in print and online.