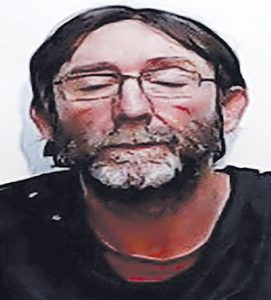 Already wanted on assault charges, a Tabor City area man was able to slip out of handcuffs while in the custody of a Columbus County Sheriff’s Deputy, to escape the patrol vehicle, then stuck the deputy as he was being taken back into custody, a sheriff’s spokeswoman said this week.

Darryl Wayne Gore, 51, of Old Stake Road, Tabor City, was picked up at his home Sunday, handcuffed behind his back, and placed into a patrol vehicle, sheriff’s spokeswoman Michelle Tatum said.

On the way to the Columbus County Detention Center, Gore “escaped from the handcuffs and exited the car through a partially opened window,” Tatum said. “The deputy pursued Gore on foot.”

As the deputy was taking Gore into custody, Gore “struck the deputy in the face,” Tatum said. “Gore was restrained again with extra restraints and placed back into the patrol car.”