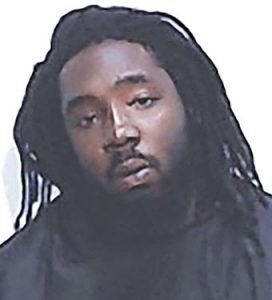 A third adult, the last of four suspects in a Dec. 9 shooting near Tabor City that critically injured a Whiteville woman, is in custody.

Jaquan Malik McCray, 23, of Woodrow Street was arrested by Lt. Gary Lewis of the Tabor City Police Department at about 12:45 p.m. Christmas Day, booked into the Columbus County Detention Center in Whiteville charged with three counts each of attempted first degree murder and assault with a deadly weapon with intent to kill inflicting serious injury, and with single counts of assault with a deadly weapon and discharging a firearm into an occupied vehicle, TCPD Chief Donald Dowless said.

“They’ve been looking for him all week and Lt. Lewis located him this afternoon,” Dowless said.

Lewis said he spotted McCray walking in the area of 4th and Bay streets.

“He ran from me, ducked between two houses,” Lewis said. “I went around one of the houses and he ran right into me.”

McCray, Lewis said, identified himself as a brother of both Johnson and Miller, and said the juvenile was a more distant family member.

For more background on this story visit here. Additional new details will be posted here as events warrant, and in the next Tabor-Loris Tribune in print and online.