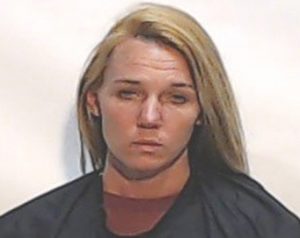 Attentive staff at Williams Township School are being called heroes after the arrest of a parent on child abuse charges, Columbus County Sheriff Jody Greene said in a news release Thursday.

School personnel noticed signs of abuse during a recent tornado drill at the school, the news release said, bruising on the child’s lower back evident, and quickly referred the case to the Columbus County Department of Social Services.

“The child was found to have severe bruising and scratches on the back, bruising on the buttocks, sides, and between the thighs,” the news release said. “The child also sustained a bleeding, busted bottom lip.”

Formyduval is charged in incidents that allegedly took place on March 3, 4 and 5. Department of Social Services investigators are still working the case.

“The Williams Township School personnel are heroes,” the news release said. “They used their experience and listened to their intuition to assist this child, who needed someone to be their voice. The school personnel did so without hesitation.

“The courage and love these professionals showed for this child proves that the love they have for their students extends far beyond.”

Look for updates here as events warrant and in the next Tabor-Loris Tribune in print and online.