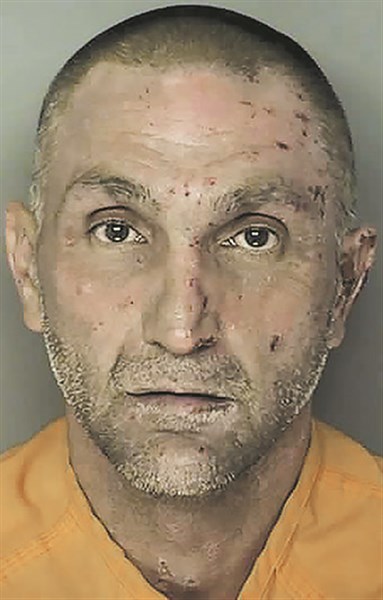 A third suspect in the slaying of a Brunswick County woman near Tabor City has been formally charged with the crime, Capt. David Nobles of the Columbus County Sheriff’s Office said Tuesday.
Nathan Tyler Jr., 42, of Sidney-Cherry Grove Road, was returned to Columbus County on Monday after spending a month in custody in Horry County, South Carolina. He was charged with murder, first degree kidnapping, robbery with a dangerous weapon, larceny of a motor vehicle, fleeing to elude arrest, resisting police, speeding, reckless driving to endanger the public, failure to stop for blue light and siren, failure to stop at a stop sign, and for failing to appear in court.
Tyler was brought back to Columbus County after entering a guilty plea to a charge of possession of a stolen vehicle, a Columbus County Sheriff’s Deputy he is accused of stealing during a May 10 traffic stop in Tabor City, Nobles said.
He is charged with the murder of Alicia Marie Deans, a 26-year-old mother of two from Leland, had come to the Clarendon/Tabor City area on April 28, apparently hoping to rekindle a relationship with a Tyler’s son, whom she previously knew, investigators said.
She instead encountered Tyler, a man from Florida, and a woman from Leland who allegedly worked together to force Deans to an isolated wooded area west of Tabor City, where they robbed her of $34 before killing her, apparently shooting her dead.
Previously charged with Deans’ murder were Michael Jesse Williams, 31, of Fort Myers, Florida; and Kayla Leigh-Anne Turner, 18, of Colony Mitz, Leland.
Williams also shows an address on Gore Trailer Road, Whiteville, where he had been staying with his mother.
For more on this story see Wednesday’s Tabor-Loris Tribune in print and online.