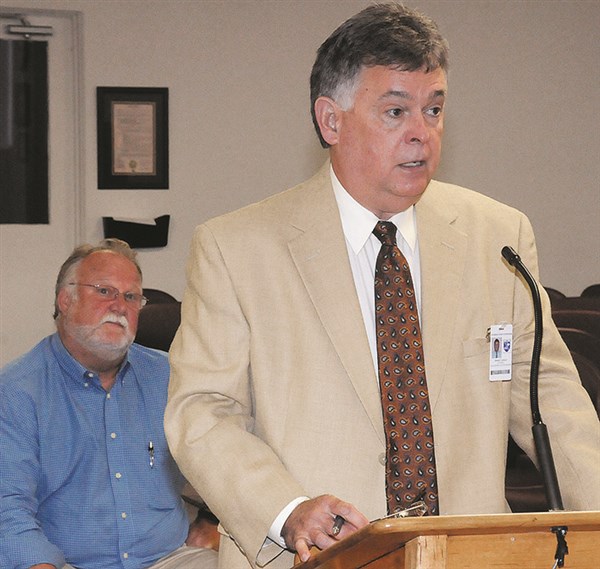 With assurances that their investment to help restore a long dormant rail line is safe, Columbus County Commissioners agreed Thursday to take $1.8 million from county savings for an economic incentives package.
Commissioners earlier pledged support to the eventual buyer of Carolina Southern Railroad, its locomotives idled for nearly four years, with equal $180,000 payments over a decade.
That buyer is Kentucky based R.J. Corman Railroad Group, and a South Carolina judge who mediated the sale of Carolina Southern Railroad from owner Ken Pippen stipulated that the entire payment be made up front, by this week, Economic Development Director Gary Lanier told commissioners earlier this month.
Incentives approved by the Horry County, South Carolina Council were also impacted by the decision of the judge.
Commissioners who said they were worried that Pippin might back out of the deal if any of the terms set by the judge were not met, scheduled a public hearing and special meeting for Thursday in order to meet the deadline.
Dennis Worley, a Tabor City attorney who co-chaired a committee of government entities and private businesses working to restore rail service that was halted in 2011, told commissioners their decision Thursday was the right one.
When the sun goes down a couple of years from now, you will be proud that you all have done what you have done,” Worley said.
Look for more on this story in next Wednesday’s Tabor-Loris Tribune in print and online.