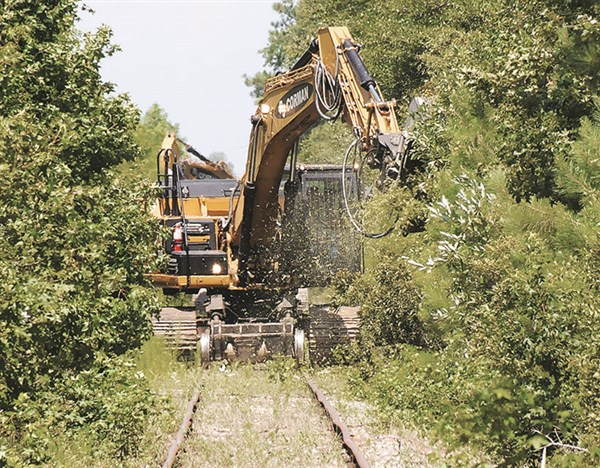 R. J. Corman Railroad Company has taken possession of the former Carolina Southern Railroad, a corporate news release from the Kentucky based railroad says.
Corman has been finalizing the $13.9 million purchase for weeks, and just last week a corporate official predicted the contract signing was no more than two weeks away.
Corman employees have been clearing shrubs on the overgrown line for more than two weeks, and work on tracks and bridges is expected to begin quickly.
R. J. Corman Railroad Group President and CEO Craig King said that, while all eyes are on his company, it was local and state officials who provided unparalleled leadership and took the dramatic steps needed to change the future for North and South Carolina.
“We are grateful to the many community leaders who had the vision and determination to work together, form the interstate railroad committee and make this transition possible. We are especially grateful to Columbus and Horry Counties, which helped fund the project, and Mark Lazarus and Bill Clark who provided guidance and support in that effort,” said King. “It truly is an amazing accomplishment.”
For more on this story see Wednesday’s Tabor-Loris Tribune in print and online.