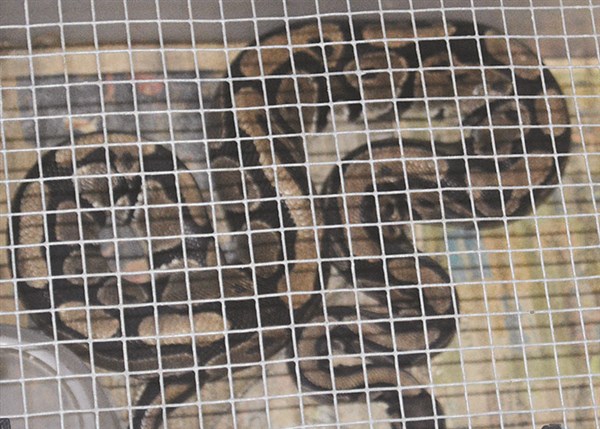 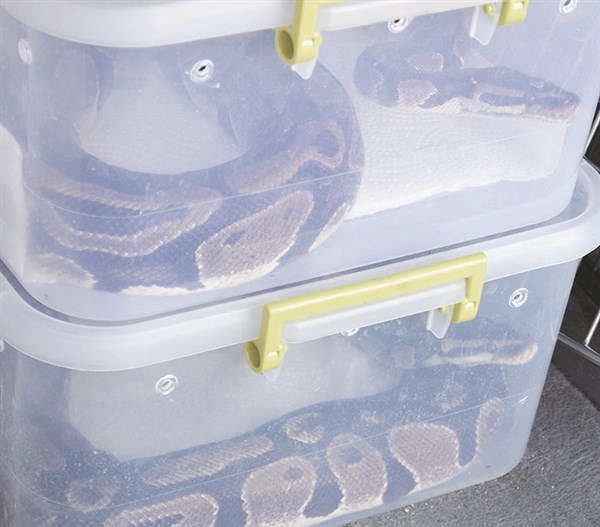 Enforcement of Columbus County’s new exotic animal law began quietly, with a slither, in an early morning visit to a Mollie area home, Columbus County Animal Control Director Joey Prince said.
Until recently there’s been nothing to prevent anyone locally from possessing the pythons voluntarily surrendered, Prince said.
Columbus County Commissioners approved the new law in April. Prince and Columbus County Sheriff Lewis Hatcher said they had received reports that the homeowner in this case was housing not only non-venomous pythons but some poisonous reptiles, tool
That proved to be not true, with seven Ball Pythons and one Carpet Python found when Animal Control officers and sheriff’s deputies came calling before 7 a.m. Wednesday.
Both Prince and Hatcher said charges under the local law are not planned, and that the homeowner was “very cooperative.” Both Prince and Hatcher declined to identify the man.
“Under Columbus County’s exotic animal ordinance, certain types of animals are not permitted to be kept as pets without appropriate license,” Prince said. The ordinance was shown to the owner of the snakes and they were more than agreeable to the snakes removal, as long as they snakes would be safely housed and well cared for.”
Alligator Adventure, a tourist attraction and wildlife refuge in North Myrtle Beach, South Carolina agreed to take the snakes, collecting them from the home on Walter Todd Road.
“We don’t have facilities for snakes,” Prince said. “Pretty much all we handle are mammals. I really appreciate the folks at Alligator Adventure, they were super.”
Rumors, including some on social media, indicate that other snakes have been released in the area, some finding their way onto the property of a church and day care, Prince said.
“I don’t think they are coming from this guy,” Prince said. “So, we’re looking.”