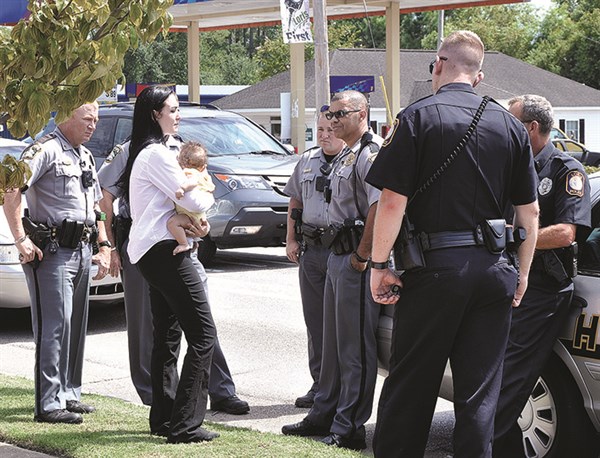 Kidnapping and drug charges appear looming for a man accused of taking his sister’’s infant child from Longs to Loris with police in pursuit.
Capt. Anthony McCullough of the Horry County Police Department said the mother called 911, reporting that a man had ordered her out of his car in Longs, apparently after an argument, then drove away.
Police picked up the car on SC 9, followed it into Loris SC 9 business, all at or below normal highway speeds, McCullough said. County officers asked the Loris Police Department for assistance, with Chief Karen Shepherd and Lt. Jeff Gore responding to block the intersection of Main and Broad streets, where the pursuit ended peacefully, the man taken from his car and into custody without further incident.
A county police officer delivered the mother to Loris and her baby.
Police found illegal drugs in the car during a search, McCullough said. Charges against the man were pending Monday afternoon.
It was not clear where the man would have gone with his sister’s baby, McCullough said. The man told police he was heading to his home area in Maryland to seek treatment for mental health issues, McCullough said.
Look for more on this story in Wednesday’s Tabor-Loris Tribune in print and online.
Note: Corrects relationship between the mother and suspect.