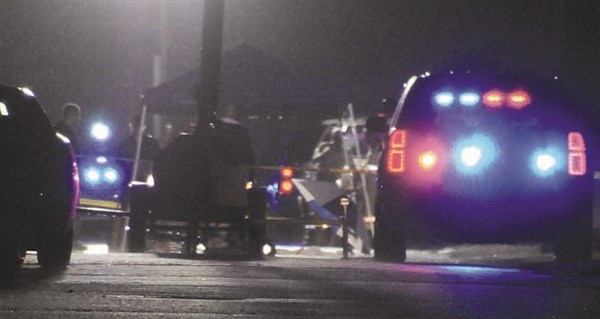 A murder investigation is underway after a man was found dead in the middle of Bell Street early Friday, Tabor City Police Chief Donald Dowless said.
Albert Phillip Grainger, 41, died just a few houses west of his Bell Street home around 2 a.m., Dowless said. Grainger’s cause of death “appears to be other than natural, but we won’t be able to say for sure until after an autopsy,” Dowless said.
The SBI has taken the lead in the investigation, Dowless said.
“This is a small department, and they are better equipped to handle this kind of thing,” Dowless said.
Investigators finished their on-scene investigation after 6 a.m., a deliberate decision because children who live on the street would be meeting school buses soon, Dowless said.
An autopsy was to be conducted at the Office of the Chief State Medical Examiner in Raleigh later Friday, Dowless said.

Recent arrest
Grainger was free on a $42,500 bond after his Aug. 8 arrested on charges of assault with a deadly weapon, attempted robbery with a dangerous weapon, second degree kidnapping and communicating threats.
“We don’t know that this case is related to that one,” Dowless said.
In the assault case, Grainger told police he was the victim, claiming that a Hispanic man who had given him a ride to a local convenience store pulled a knife on him.
Surveillance video at the store, and Carlos Paiz, 42, of Swamp Fox West, Tabor City, told a different story, with Paiz shown on the video chasing Paiz with a knife, a police report said.
Check back here for updates as they become available, and the next Tabor-Loris Tribune in print and online for the full story.