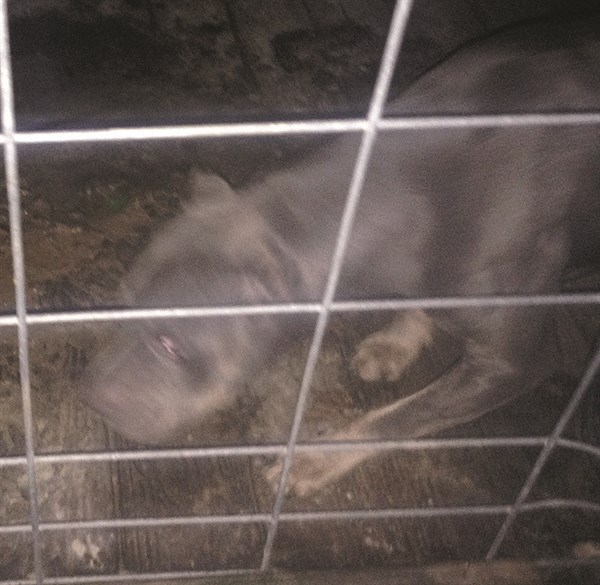 Felony animal abuse charges are planned against owners of five abandoned dogs discovered in dog pens behind an abandoned Floyd Street house in Tabor City, Columbus County Animal Control Director Joey Prince said Sunday.
Hurricane Hermine’s effects led to the discovery by Tabor City police Saturday night, Prince said. A limb from a storm damaged tree fell into the dog pen, leaving an opening just big enough for one of the dog’s to escape.
Neighbors called, complaining about the stray dog, leading police to discover the dog pen.
Investigators found “dogs kept without food, only fetid water to drink and mounds of feces inside their pens,” Prince said.
“There is just no excuse for this type of treatment of animals,” Prince said in a news release. “We intend to prosecute to the fullest extent possible that the law allows.
“Had these people come to us for help, we would have been glad to assist. However, to just abandon these animals and leave them there without food or clean water is just unconscionable.”
Some of the pens the dogs were kept in were barely big enough for the animals to turn around in.”
Five dogs were recovered, and are getting food and water at the county’s animal shelter in Whiteville, Prince said. All five had mange, and will be seen by a veterinarian Tuesday.
Prince said he intends to seek warrants charging the owner with five felonies per dog, two misdemeanors per dog. Charges will include animal cruelty, abandoning animals, and failing to obtain proper rabies vaccinations.
Prince said his investigation is ongoing, and he believes more animals were kept in the same conditions at the property recently.
For more on this story see the next Tabor-Loris Tribune in print and online.