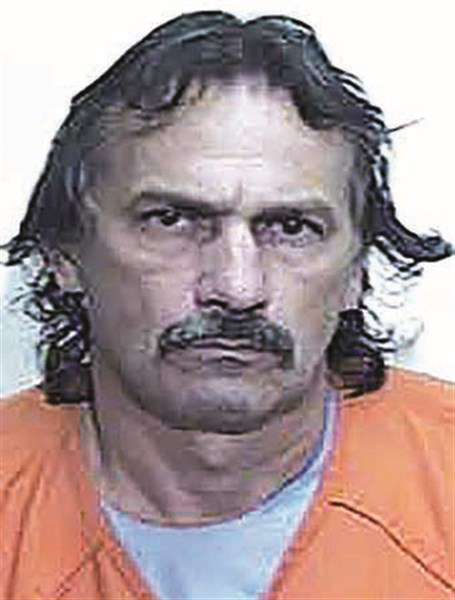 Prosecutors will seek the death penalty for James Edward McKamey in the Aug. 29 murder or Carol Smith Greer, District Attorney Jon David said Wednesday.
Greer, 65, a well-known retired school teacher was slain by knife just minutes after McKamey repeatedly stabbed a neighbor who was able to escape and driver herself to the hospital.
Another neighbor discovered Greer’s body a day later, “secreted” in an area just outside a storage building behind her Smyrna Drive home, Whiteville Police Chief Jeffrey Rosier said.
A grand jury indicted McKamey, 51, for murder and armed robbery involving the death of Greer and theft of her 2012 Subaru Outback; and for attempted murder, assault with a deadly weapon with intent to kill inflicting serious injury, and armed robbery in the attack on Reshonta Nicole Love.
Love was attacked outside her West Nance Street home, less than 100 feet from the Greer property, David said. He described the two attacks as “part of a continuous transaction, two separate but related incidents which happened mere minutes apart in a place that is geographically separated by less than 100 yards.
“Our notion is that Mrs. Greer’s killing was really a crime of opportunity that was transactionally connected on the savage attack on Miss Love.”
McKamey was tracked down in Brunswick County three days after the attacks, driving Greer’s Subaru, Rosier said. McKamey’s wife, Rocky McKamey, was also in the car, but was not  charged with a crime.
Greer, David said, left a legacy “best summed up by how she raised her children…who were raised right, for lack of a better word.”
Retired after 30 years as an educator, most of that at Whiteville Primary School, Greer was “somebody who was so invested in the lives of the children of Columbus County,” David said. “This is an incident which has shocked the conscience of this community.”
Documents that will lead to a court hearing to determine if McKamey will face a death penalty trial were submitted to the Clerk of Court Wednesday, David said. That hearing should be held within 30 days.