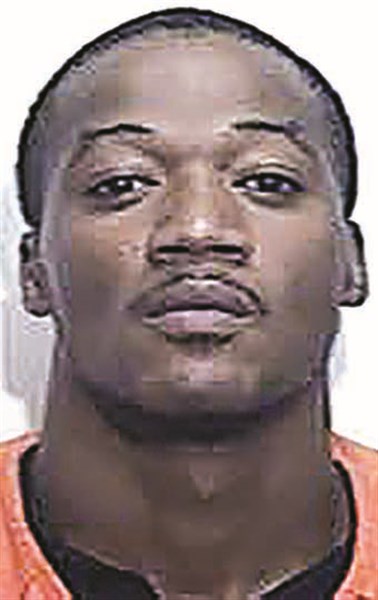 Gunfire in Chadbourn last week led to an extended manhunt in the Fair Bluff area Tuesday and the arrest of a local man.
Kyle Brannon Tucker, 33, of East Brooks Street in Fair Bluff was taken into custody following a brief vehicle chase, charged with assault with a deadly weapon with intent to kill, discharging a weapon into occupied property, assault by pointing a gun, carrying a concealed firearm, possession of a stolen firearm, breaking and entering a motor vehicle, and larceny from a motor vehicle. Columbus County Sheriff’s spokeswoman Michelle Tatum said.
Tucker is accused in a Sept. 13 incident in Chadbourn, where shots were fired at an occupied vehicle. No one was hurt in the 10 p.m. incident that took place near the Hasty Mart in Chadbourn, Police Chief Darrell Trivett II said.
Chadbourn police obtained a search warrant for Tucker’s home in the Hinson’s Crossroads area near Fair Bluff, Tatum said. Sheriff’s deputies, including its SWAT Team, with help from the North Carolina State Bureau of Investigation, the state Highway Patrol, and the Chadbourn Police Department, arrived at Tucker’s home Tuesday morning, and after trying without success to get him to the door entered the house, finding that Tucker was gone, Tatum said.
Officers found Tucker in a vehicle near Fair Bluff, leading to his arrest.
Tucker was held at the Columbus County Detention Center, Tatum said.
Look for more on this story in Wednesday’s Tabor-Loris Tribune in print and online.