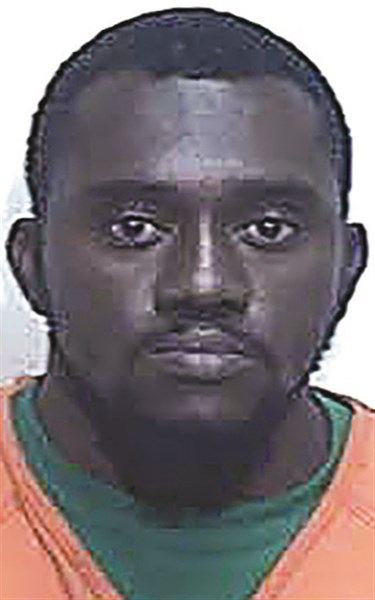 A new suspect in the brutal murder of a Tabor City man in the street just blocks from his home last month was arrested late Tuesday, hours after one of the initial suspects was freed, charges dropped, Tabor City Police Chief Donald Dowless said.
William Jerome Dixon, 33, of Bermuda Bay Lane, Tabor City, was booked into the Columbus County Detention Center at 10:13 p.m. Tuesday, charged with first-degree murder and common law robbery, Columbus County Sheriff’s Office spokeswoman Michelle Tatum said.
Devonate McCrea, 20 of Morning Dale Road, Conway, charged Friday with the same crimes, was released just after 4 p.m. Tuesday after the charges were dropped, Dowless said.
Dixon was held without bond on the murder charge, bail set at $50,000 for the robbery.
Dixon is charged in the Sept. 2 death of Albert Phillip Grainger.
Two women have also been charged in the case, and face the same charges as Dixon.
Samari Vereen, 23, of Sandy Place Drive, Tabor City, was arrested Friday afternoon; Prendaysheya Reaves, 19, of Miller Road, Tabor City, arrested just before noon Monday.
Grainger, 41, was found beaten to death in the middle of Bell Street, just a few doors down from his home at just before 1:30 on Sept. 2. Warrants allege that Grainger was robbed of $240.
Grainger’s wife, Debra Tyndall, told police her husband had gone downtown, to an ATM, to get money for breakfast the following morning, a police report said.
Grainger was known to get about town on his bicycle. It was found on the street, just feet away from his body, bloodied and with severe trauma to his head, the report said.
An autopsy determined that Grainger died of “blunt force trauma to the head and upper torso,” Columbus County Assistant Corner William Hannah said.
State Bureau of Investigations have been in charge of the investigation since the beginning, at the request of Dowless.

Wrongly charged
McCrea was arrested based on statements given to police during the course of the investigation, Dowless said.
“We were lied to,” Dowless said. “As soon as we determined that the wrong man was charged, we immediately took the steps to see that he was freed.”
For more on this story see today’s Tabor-Loris Tribune in print and online.

Car crashes through fences, overturns into pond at Daddy Joe’s