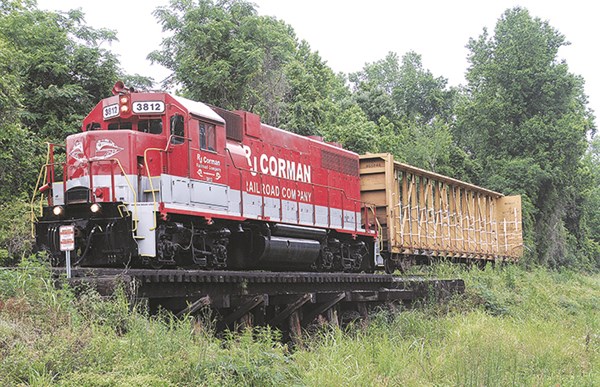 Another $7.3 million in state funds for railroad improvements brings to $17 million in recent awards to improve tracks in Columbus County and into South Carolina.
Rail Division leaders from the North Carolina Department of Transportation awarded $10 million for the Freight Rail and Rail Crossing Safety Improvement program for fiscal year 2017, announcing four projects in eastern North Carolina.
In Columbus County the $7.3 million grant will restore rail service between Chadbourn and Whiteville, upgrade track from Chadbourn to Tabor City and into South Carolina, where the R.J. Corman Railroad line connects to the national rail system.
State officials accelerated the project selection process for this round of grants because some of those projects, including those in Columbus County, involved railroads damaged by flooding from Hurricane Matthew.
Corman’s lines in Columbus County and into South Carolina have been idled since the Oct. 8 hurricane, with efforts to restore service moving quickly, the railroad’s Vice-President for Sales and Marketing Bill Henderson said Friday.
“We expect to be operational from Mullins to Chadbourn by the middle of next week,” Henderson said. “The week after that, from Chadbourn to Tabor City and on into South Carolina,” Henderson said.
Restoring flood damaged rail lines has been an opportunity for Corman to “build it bigger and better,” Corman said.
Henderson said the new state grant compliments $9.7 million in funding from the federal government’s TIGER program and will allow Corman to improve service and attract industry.
For more on this story see the next Tabor-Loris Tribune in print and online.