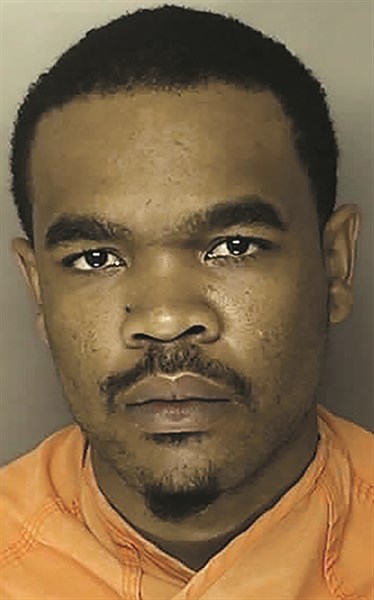 Weapons and other charges have been filed against a Loris man who is also being held on federal warrants, an Horry County Police Department news release said Wednesday.
Norod Arcane McCullough, 23, was taken into custody without incident Tuesday in an operation that involved HCPD officers, the ATF Violent Crimes/Gang Task Force and the US Marshall’s Fugitive Task Force, Lt. Raul Denis said.
Police encountered McCullough on Oct. 21 at a business on US 501 outside of Conway. McCullough was trying to get belongings out of a repossessed car, Denis said. That car contained a firearm that had been stolen from 5 Start Guns in Longs after a prolonged power failure during Hurricane Matthew silenced the store’s alarm system.
McCullough was charged Oct. 21 with felon in possession of a firearm, unlawfully carrying a handgun, possession with intent to distribute a controlled substance, trafficking in illegal drugs, and driving with a suspended license. He was released from the J. Reuben Long Detention Center near Conway on Oct. 24 after posting a $52,705 bond, jail records show.
During his arrest Tuesday on the federal warrants, police found McCullough in possession of three firearms, two stolen from 5 Star Guns, Denis said.
McCullough remained at J. Reuben Long Wednesday, awaiting transfer to federal custody, Denis said.
Look for more details, as they become available, in the next Tabor-Loris Tribune in print and online.