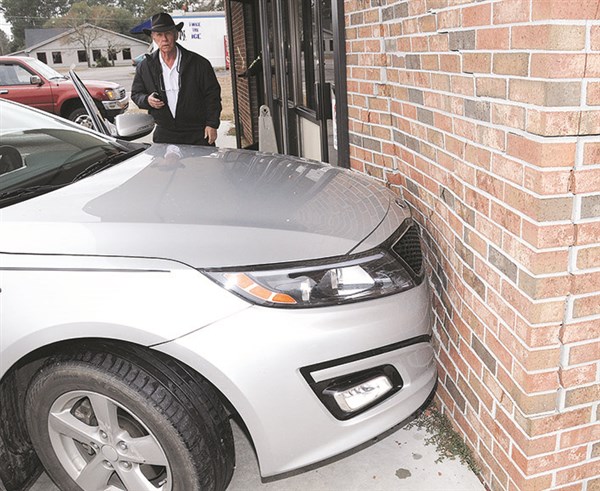 Brick was displaced, and several bottles of liquor hit the floor after a car ran into a front wall at Tabor City’s ABC Store just before 11 a.m. Friday.
“It sounded like a bomb went off,” store employee Esther Abel said of the impact. She was in the back of the U.S. 701 Bypass business, and there were no customers inside.
Fire Chief Jerry Hodges said the woman at the wheel was pulling up to the store seeking change to use at the automated car wash across the street, and apparently accidentally hit the accelerator instead of the breaks. That woman said she was uninjured, but was taken to Columbus Regional Healthcare in Whiteville by ambulance.
Building Inspector Mike Richardson said damage, which also jammed the store’s entrance door shut, was cosmetic, and the store was structurally safe to remain open.
Damage to the store was estimated at $10,000, and appeared to be much more than damage to the Kia, which looked to be cosmetic.
Look for more on this story in the next Tabor-Loris Tribune in print and online.