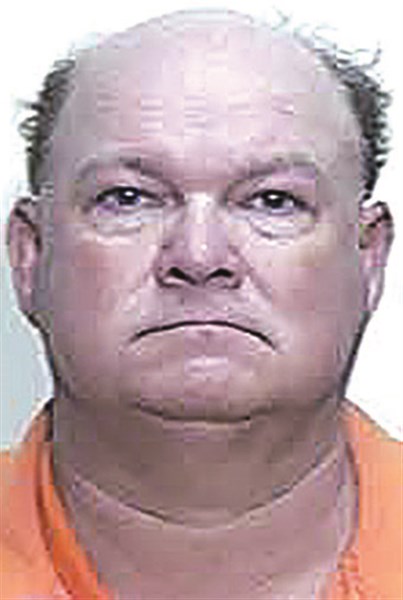 A Lake Waccamaw man wanted in five states for construction fraud who is believed to have committed similar crimes in Columbus County has been jailed, with law enforcement looking for other potential victims locally, the Columbus County Sheriff’s Office announced Thursday.
Eugene Daniel Golden, 49, of Waccamaw Shores Road in Lake Waccamaw, has been in custody since being stopped Feb. 18 by the North Carolina Highway Patrol for speeding, sheriff’s spokeswoman Michelle Tatum said in a news release.
Golden falsely identified himself to the state trooper who stopped him, Tatum said, and was arrested for resisting a public officer following the traffic stop.
It was only after being taken to the Columbus County Law Enforcement Center for booking that Golden’s “true identity was discovered,” Tatum said.
Outstanding warrants from Augusta County, Georgia for two felony counts of failing to perform construction were discovered, and served on Golden.
A Columbus County citizen who learned of Golden’s arrest contacted Sheriff Lewis Hatcher, saying that Golden had been paid to install a metal roof on his property but never completed that work, Tatum said.
Sheriff’s detectives launched their own investigation, and learned that Golden had outstanding warrants from Virginia, West Virginia, Delaware and Maryland for construction fraud.
“Mr. Golden used numerous aliases during his criminal career including the name Dan Shaffer, which is the name he used for conducting his business in Columbus County,” Tatum said.
Golden has been jailed at the Columbus County Detention Center charged with four felony counts of obtaining property by false pretense and a misdemeanor charge of resisting the trooper who arrested him. His bond is currently $121,000.
Detectives believe Golden may have committed other similar cases of fraud, Tatum said.
“If you paid Mr. Golden, otherwise known as Dan Shaffer, or anyone else for repairs following Hurricane Matthew and those repairs remain uncompleted, please contact Columbus County Sheriff’s Office at 910-640-6629,” Tatum said.
Look for updates on this story in the next Tabor-Loris Tribune in print and online.