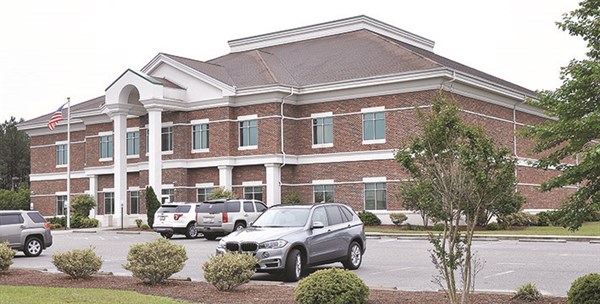 Horry County State Bank has been acquired by Georgia based United Community Banks, Inc., the transaction approved by directors of both companies.
Closing of the deal is expected in the third quarter of this year, with HCSB signs from the Tabor-Loris Community to the Grand Strand to be replaced with those from UCBI, a GlobeNewswire news release said Thursday.
“This will be a continuation of our community bank atmosphere, but with the resources of a larger bank,” HCSB CEO Jan H. Hollar said Tuesday. “The services for our customers will be new, better, improved, it will be a big improvement.”
There will be some impact on current HCSB employees, mostly in the bank’s operations center located at the Loris Commerce Center.
“Some of the functions currently being done in Loris will remain, some will go Georgia, some to Greenville, South Carolina,” Hollar said.
Acquiring HCSB is a strategic move giving UCBI a big footprint in the Myrtle Beach market, consistent with United’s growth strategy in South Carolina, and a “financially attractive combination” for both banks, the news release said.
Established and headquartered in Loris, HCSB operates eight branches in Loris, Tabor City, Mt. Olive, Little River, North Myrtle Beach, Myrtle Beach, and two in Conway.
Based in Blairsville, Georgia, UCBI is one of the southeast region’s largest full-service banks, operating 134 offices in Georgia, the Carolinas, and Tennessee.
Completing the acquisition still requires the approval of state and federal regulators and HCSB shareholders.
Much more of this story can be found in today’s Tabor-Loris Tribune in print and online.