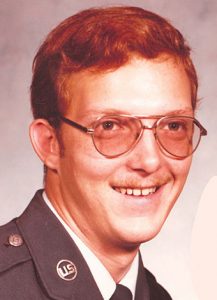 Born on Dec. 11, 1957 in Tabor City, to the late Willis Delano Duncan and Barbara Stocks Duncan, Douglas was surrounded by family when he passed.

He leaves behind his wife of forty-one years, Marta Therese Duncan, three sons, Joshua, Seth, and Kyle, and eight grandchildren.

In life, Doug, as he was known to his friends, loved his family, fishing, and airplanes. He enlisted in the U. S. Air Force after high school, and rose to the rank of Master Sergeant. An aircraft mechanic by trade, Doug worked on B-52s, B-1 bombers, and KC-135 air refueling tankers. He was a veteran of Kosovo, Desert Shield/Storm, and Operations Deny Flight, Vigilant Warrior, and Provide Comfort. Upon completing 20 years of service, Doug retired from the Air force and began turning wrenches on piston aircraft. For nearly a decade Doug owned and operated his own aircraft repair station as a Cirrus Authorized Service Center in Greenville, South Croalina.

Doug will always be remembered for his smile, good sense of humor, warm hugs, and eagerness to help others. He never once met a stranger and always did his best. Above all, Doug was a fighter, and waged a brave battle against cancer. Although it was not a battle he won, he now resides in almighty glory with our Heavenly Father and in eternal peace.

Family planned to receive visitors from 6 to 8 p.m. Friday Dec. 21 at the home of his mother, Barbara Duncan, 200 Duncan Small Road, Tabor City.