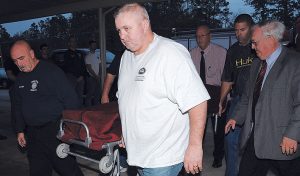 Watts served the TCFD for 48 years, just 18 when he joined the department his father and four other men had formed in 1929. Watts was chief for nearly 28 years, resigning during the summer of 1999.

A procession of Tabor City firefighters, with an engine and tanker, escorted Watts’ body to Inman Ward Funeral Home in Tabor City shortly after 7 a.m. Tuesday.

Jeff Fowler, due to be sworn as Tabor City’s newest fire chief Wednesday, said he began his fire career under Watts.