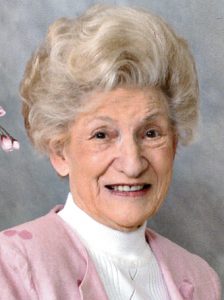 Miona K. Fonvielle, a retired educator who served the Town of Tabor City as either a town council member or mayor for nearly two decades, has died. She was 91.

Fonvielle died at her home Thursday. Inman Ward Funeral Home of Tabor City is assisting the family with arrangements, which will be announced when they are made.

“She was a wonderful lady, as you know,” Mayor Royce Harper said Friday.

Harper also knew Fonvielle from his teen years, and was one of several of the town’s elected leaders to have been a student in her business classes at the old Tabor City High School.

Harper served on council during Fonvielle’s term as mayor, and was mayor when she served her second stint on council.

First elected to council in 1983, Fonvielle was appointed Mayor following the resignation of the late Marion Baxter in July 1990. She was elected to the post in 1991, and lost a re-election bid to the late B.C. “Pete” King in 1993.

Fonvielle was becoming more frail during her last year in office, and had been in declining health for some time prior to her death.

Harper remembered Fonvielle as a no-nonsense teacher and leader, and “one of the strongest women I’ve ever met.”

That’s a lesson a consultant learned the hard way during a memorable council meeting years ago, Harper said.

“This consultant, he was reading from his presentation, word-for-word,” Harper said. Mrs. Fonvielle finally said ‘Son, do you have anything else? I can read this when I get home.’

“She was something else.”

Look for funeral details here and more on this story in the next Tabor-Loris Tribune in print and online.