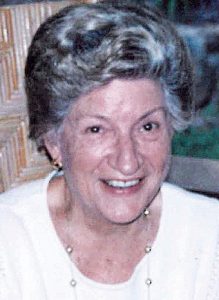 Miona Kearse Fonvielle of Tabor City died Thursday, Oct. 22, in her home. She was 19.

Born March 28, 1929 in Bamburg, she was the daughter of the late George McMillian and Annie Mae Kearse McMillian and the widow of Harold Lindsay Fonvielle, Sr.

In addition to her husband and parents, she was preceded in death by three sons, Rodney Fonvielle, Dean Fonvielle and Lindy Fonvielle.

She was a public school teacher for many years and was awarded the NC Teacher of the Year.

She was a member of Tabor City Baptist Church.