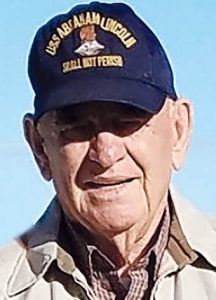 Carson Triplett passed away on Wednesday, April 6, at his home in Loris. He was 85.

Born June 7, 1936 in Lackey, Kentucky, he was the son of the late Frank Triplett and the late Eva Wicker Triplett. Mr. Triplett worked as a Pipe Fitter Supervisor with Newport News Shipyard until his retirement. He was a former member of Peninsula Missionary Baptist Church and currently attended Mt. Vernon Baptist Church.

Survivors include his son, John Triplett and significant other Martina Wharton of Gallatin, Tennessee; daughter Cynthia T. Woolridge and husband Bill of Ashland, Virginia; step-daughter Brenda Crabb and husband Greg of Hampton, Virginia; and many loving grandchildren, and great-grandchildren.

Visitation was planned for the hour preceding the services at the chapel.