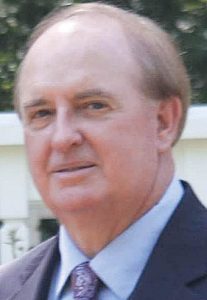 Born Jan. 10, 1950, in Horry County, he was the son of the late Thomas Varser Inman and Pearl Cox Inman.

He is survived by his wife, Gayle Fowler Inman of the home; one daughter, Kathryn Nicole Stiff and husband William David of Fayetteville; a sister, Jerri Ray of Tabor City; one stepson, Terry Formyduval and his wife Angela of Old Dock; and a grandson, Sebastian Formyduval.

A memorial service was planned for 2 p.m. Thursday, May 12, in the Ward Funeral Home Chapel.

Visitation was planned for the hour preceding the service.

In lieu of flowers, memorials may be made to Lower Cape Fear LifeCare Center, 1414 Physicians Drive, Wilmington, NC 28401.