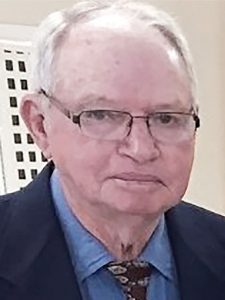 John Colon Ward of Nakina died Sunday May 29, in Columbus Regional Healthcare, Whiteville. He was 85.

Born in Columbus County, he was the son of the late John Craven Ward and Beatrice Jenrette Ward. In addition to his parent’s, he was preceded in death by his wife, Linda Pearce Ward; son Sam Ward; and three sisters, Joyce Robins, Dare Long, Dalma Ray Johnson.

In lieu of flowers memorials may be made to the American Cancer Society.