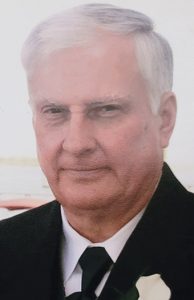 Born Sept. 4, 1942 in Columbus County, he was the son of the late William Rossie Lanier and Gladys Cribb Lanier and the widower of Bonnie Faye Norris Lanier.

He is survived by two sons, Chris (Traci) Lanier of Castle Hayne and Chad (Heather) Lanier of Wilmington; a brother, Waylon (Barbara) Lanier of Clarendon; and two grandchildren, Logan and Lucus Lanier.

In addition to his wife and parents, he was preceded in death by his brother, Richard Lanier.

Visitation was planned during the hour preceding the service in the chapel.