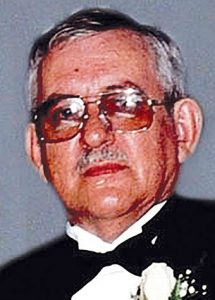 George Walter Taylor of Loris passed away on Wednesday, Oct. 5, at his home. He was 79.

Born Feb. 23, 1943 in Whiteville, he was the son of the late Jesse Stanley Taylor, Sr. and the late Hazel Prince Taylor.

Mr. Taylor served his country with courage, honor, and distinction in the United States Air Force. He was a dedicated member of Glendale Baptist Church, where he was a deacon for more than 50 years, a Master Mason with Loris Lodge #205 A.F.M., and Loris Chapter #106 OES.

Mr. Taylor worked with Horry County Public Works as a heavy equipment operator until his retirement. He will be most remembered as a loving husband, father, grandfather, and friend.

Survivors include his wife of 51 years, Cheryl Taylor; a son, Brent Taylor and wife Kirsten of Aynor; and two grandchildren, Grayson Taylor and Mary Ashlyn Taylor.

In addition to his parents, Mr. Taylor was predeceased by his brother, Jesse Stanley Taylor, Jr.; and a sister, Linda Taylor Henry.

Visitation was planned from 6 to 8 p.m. Saturday, Oct. 8, at Hardwick Funeral Home.