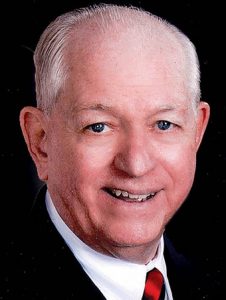 We are heartbroken to announce the passing of Don Wyman Wise of North Myrtle Beach who died on Friday, Nov. 11, in Myrtle Beach. He was 85.

Born Feb. 22, 1937, in Timmonsville, , he was the son of the late Jimmie Wise and the late Ila Yarborough Wise.

Mr. Wise served his country with courage and honor in the United States Army National Guard. After his service, he owned and operated Don Wise Realty in the Florence area until his retirement and subsequent move to North Myrtle Beach.

Don loved spending time with his family, supporting the Carolina Gamecocks, and cracking jokes. He was a longtime active member of First Baptist Church of Florence, as well as a Master Mason and Shriner, who will be dearly missed by his family and many cherished friends.

In addition to his parents, Mr. Wise was predeceased by his brother, Charles “Buddy” Wise.

Family planned to receive friends during the hour preceding services at the cemetery.

Family requests that memorials be made to the First Baptist Church of Florence, 300 South Irby Street, Florence, SC 29501.