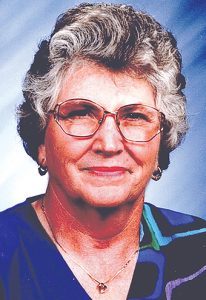 Ester Mae Hardee Todd of Loris passed away on Thursday, Dec. 8, at McLeod Seacoast. She was 83.

Born Jan. 29, 1940, in Shallotte, she was the daughter of the late Fred Henry Hardee and the late Eula Mae Causey Hardee.

Mrs. Todd was a longtime active member of Beulah Baptist Church and was a dedicated educator, teaching both math and science at Loris High School, until her retirement.

In addition to her parents, Mrs. Todd was predeceased by her husband, William Edward “Hance” Todd; a brother, William Thorborne Hardee; a sister, Deborah Hardee Causey; and son-in-law Steven Jordan.