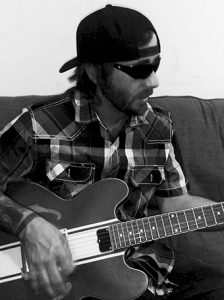 Born in Whiteville, he was the son of Tammy Wallace Przystup and the late Danny Wallace.

Daniel worked in carpentry for more than 25 years. He loved his work, music, playing his guitars, and playing video games. He was an avid reader and loved his family very much, especially his son.

Along with his father, Daniel was predeceased by a brother, Doyle Wallace.

A memorial service was planned for 7 p.m. Tuesday, Dec. 27, at Holiness Tabernacle in Tabor City.