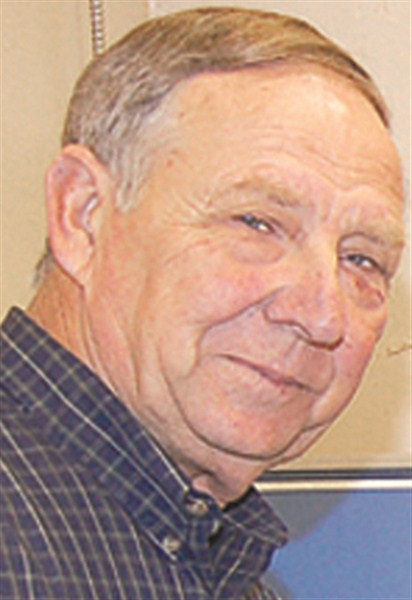 Rodney Clifton Hardee of Loris, passed away at Grand Strand Regional Medical Center in Myrtle Beach on Tuesday, July 9, after a short illness. He was 66.
He was born on Jan. 22, 1947 in Horry County to Joseph Clifton Hardee and Irene Hardee. He was a graduate of Loris High School and received a BS in Business Management from Coker College. He was the Public Works Director for the City of Loris with 41 years of service. He also served as the Assistant Fire Chief for the City of Loris with 40 years of service, which after God and his family, was his greatest passion.
He answered his last call just hours before being hospitalized.
During his time with the fire department, he received certification as a State Fire Marshal.
A veteran of Operation Desert Storm, Mr. Hardee served in the South Carolina Army National Guard, obtaining the rank of First Sergeant with 33 years of service to his State and Country.
One of his greatest loves was Oak Dale Baptist Church where he served as a deacon and numerous other positions during his time with the church. He was the founder and director of the food distribution program at Oak Dale, and his life’s focus was that of caring for others in need and those less fortunate within his community.
Even after battling through several health complications throughout his life, he refused to quit and continued his selfless service to the community.
He was a member of numerous associations including The South Carolina State Fireman’s Association, South Carolina National Guard Association, South Carolina Water and Pollution Association and Loris Masonic Lodge # 205 A.F.M.
Mr. Hardee is survived by his wife, Donnella Stevens Hardee; two sons and their spouses, Cole and Tanya Hardee, Ashley and Angie Hardee; his mother, Irene Hardee; three sisters and their spouses, Brenda Canada, Charlotte and Lloyd Harrelson, Yvonne and Ray Stanley; and five grandchildren, Holly, Maclaley, Bryson, Colson, and Bella Hardee; numerous nephews and nieces, and he became “pa-pa” to a great number of “acquired” grandchildren throughout the local community.
He was preceded in death by his father, Joseph Clifton Hardee.
A scholarship fund is being established in his memory for students that have survived life’s obstacles. Memorials may be made to The Rodney C. Hardee Memorial Scholarship Fund, 925 Heritage Road, Loris, SC 29569.
Funeral services were planned for 2 p.m. Friday, July 12, at Loris High School Auditorium with committal services with Military and Masonic Rites to follow at Oak Dale Cemetery. Pastor W.P. McLeod and Preacher Dennis Williams will officiate services.
Visitation was planned from 5 until 7 p.m. Thursday, July 11, at the Loris Public Safety Building.
Please sign Mr. Hardee’s online guestbook at here, or call Hardwick Funeral Home at 843-756-7001 for further information.