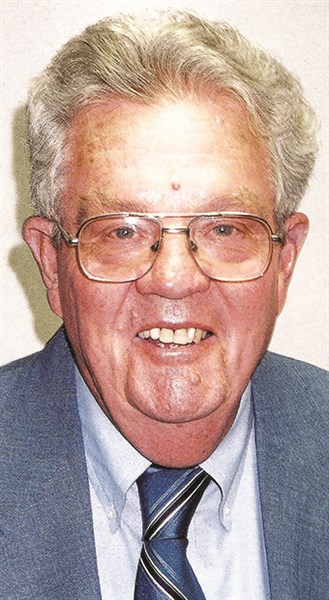 James Erskin Young, 88, died peacefully on Aug. 2 at his home in North Myrtle Beach. He was 88.
He was surrounded by his loving family.
Mr. Young was the husband of Joyce Garrell Young of the home. They were married for 66 years. Erskin was the son of the late Benjamin Franklin Young and Mae Spivey Young of Tabor City, and was born in Florence, on March 4, 1926. He was predeceased by a brother, William Franklin Young, also of Tabor City.
Mr. Young was a product of the Tabor City Schools and was formerly employed with Burlington Industries before joining the United States Post Office in 1950, where he worked in the office for 22 years. Then, he served an additional seventeen years as a rural mail carrier with a route, which extended all the way to the South Carolina line.
While living in Tabor City, he led an active life surrounded by his wife, children, church, and community accomplishments. In Tabor City, he was a deacon of the Tabor City Baptist Church where he also served in capacities as Superintendent of the Training Union Department and Sunday School teacher. He was also Past President of the Jaycees and received their Most Distinguished Citizen Award.
He was very involved in his three children’s achievements in church, school, musical arts, and in the sports arena.
Mr. Young also served as chairman of the Tabor City School Board for many years. He was Past Worshipful Master of Masonic Lodge 563 AF&AM.
He was extremely proud to see his three children graduate from college.
Following retirement in 1989, Erskin and Joyce settled into their beach cottage in the Windy Hill section of North Myrtle Beach. There he enjoyed gardening, driving the golf cart, exercising, feeding the birds, traveling the globe, vacationing on six continents, and doting on his six grandchildren.
He was a product of eight successful heart by-passes and especially enjoyed working out at the Cardiac Rehab unit at Grand Strand Regional Center and enjoying the company of the nurses, doctors, and patients.
He was a former volunteer for Mended Hearts and amassed hundreds of hours in this volunteer work at the hospital in hopes of easing a stranger’s impending heart surgery.
He was a former member of the Kingston Plantation Health and Sports Club.
Erskin was a current member of the First Baptist Church of North Myrtle Beach where he had enjoyed the Nifty Fifties and his Sunday School class.
The family is especially grateful for the excellent care and friendship provided by Dr. Joe Trask and Dr.Neil Trask and the ladies at Cardiac Rehab Services. Erskin and his family offer their gratitude to Mercy Hospice and R.N. Tamara Hucks Spirakis during these last few months. Thanks also to home caregivers Linda Williams and Lisa Hill.
In addition to his wife, Joyce, of the home, Mr. Young is survived by three children: Brenda Young Singletary of North Myrtle Beach, James Erskin Young, II (Jaey) and his wife, Pam of Louisburg, and Martha Ann Young Gordon and her husband, Dan of Ocean Isle Beach. Six grandchildren also mourn his passing: Claire Cottrell Young (Bee Pruitt), David Singletary (Emily), James Erskin Young, III (Chip and Brittany), Brian Gordon, Trevor Vaughan, and Grace Gordon.
There will be a celebration of this wonderful man of God’s life on Saturday, Aug. 9 at the First Baptist Church of North Myrtle Beach, (200 Highway 17, Ocean Drive section). Visitation will be from 11 to 11:45 a.m., and the memorial service will begin at noon.
Cremains will be interred at Forest Lawn Cemetery in Tabor City, NC at 4 p.m. Arrangements by Myrtle Beach Funeral Home and Crematory.
If you choose to make a donation, please consider The Kings’ Karpenters, c/o First Baptist Church, 200 Highway 17, North Myrtle Beach, SC 29582 or Mercy Hospice,1414 Physicians Drive, Wilmington, NC 28401.