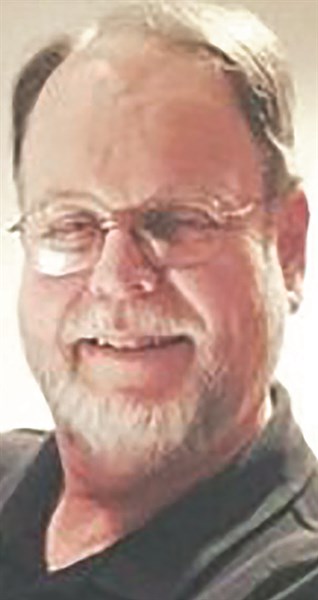 Robert Lee Jackson of Dunn, died peacefully at his home surrounded by his family on March 29 at 10:50 a.m. after a long and courageous battle with advanced prostate cancer. He was 61.
Robert was preceded in death by his parents, William Robert and Mary Davis Jackson.
Robert served in the United States Air Force for four years and attended the University of Oklahoma for two years prior to returning to North Carolina. Robert was employed by Goodyear Tire and Rubber Company for 37 years. He worked as an electrician in the maintenance department and then served as Financial Secretary of the Local 959 Chapter of the United Steel Workers Labor Union for 10 years, retiring in March 2, 2014.
Robert had a passion for wood-working. He loved to repair and refinish furniture as well as build quality furniture. He also enjoyed traveling, fishing, and spending time with his family. Robert served as a trustee and the treasurer at Bethesda Friends Meeting. He was also a volunteer with Warriors on the Water annually; a Military appreciation Bass Tournament.
Robert is survived by his loving wife of 33 years, Deborah Gore Jackson, and one daughter, Corey Jackson Salamanca and her husband, Kevin of Dunn. Robert is also survived by two brothers, Bruce E. Jackson, and wife, Ruthie, of Dunn; D. Wayne Jackson, and wife, Donna, of Lake Teresa, and one sister, Betty J. Carr, and husband, Charles, of Dudley. Robert is also survived by two grandchildren, Brayden and Sophia Salamanca and several nieces and nephews.
The service was planned for 3 p.m. Tuesday, March 31 from the Bethesda Friends Meeting, with visitation prior to the service, burial following in the church cemetery.
In lieu of flowers, the family requests that memorials be made to the American Cancer Society for Prostate Cancer Research, 8300 Health Park #10, Raleigh, NC 27615 and 3HC Hospice, 1023 Beaman Street, Clinton, NC 28328.
A guest register is available here.
A service of Skinner and Smith Funeral Home of Dunn.