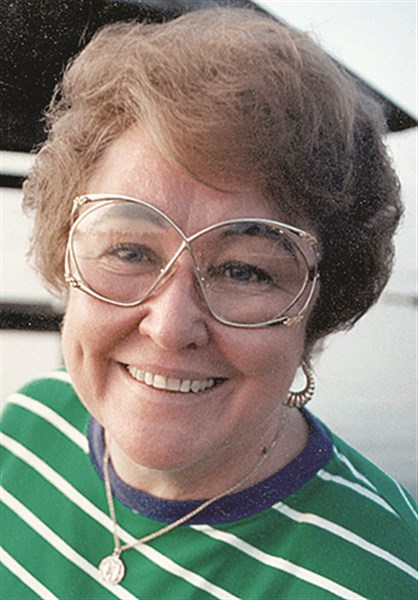 Patty Nobles Hodges Olson passed away from cancer early Saturday, May 23 at her home in Tabor City. She was 82.
She had a positive, outgoing attitude and “never met a stranger”.
Patty was born March 4, 1933 in Tabor City, the oldest daughter of living children born to the late Yancie Nobles and Estelle Nobles, local farmers. She was predeceased by her youngest brother, Horace; and in later years, by her next younger sister, Estalene.
Survivors include her  brother Melvin Nobles and wife, Tommie Nobles, of North Myrtle Beach; her sister, Alene N. Stowe, of Greenville, NC; her  children, Joe Charles Hodges and his wife, Donna Hodges, of Loris; Charissa H. Williams of Tabor City and Ruby A. Lewis and her husband, George Lewis, of Searsburg (west of Brattleboro), Vermont. Altogether, her children blessed her with eight grandchildren and 26 great grandchildren.
Patty married Charles E. Hodges in 1952 and together they owned and operated the Piggly Wiggly grocery store in Loris until ca. 1983. She was active in the Loris Jayceettes, serving as president; and was appointed by the Governor of South Carolina to the governing board of the S.C. Dept. of Parks, Recreation and Tourism. Her husband Charles died in October 1982; she married Norman K. Olson, former SC State Geologist, in July 1993. They have since resided on the Nobles family farm, Tabor City.
Patty requested to be cremated. A memorial service is planned for 2 p.m. Saturday, May 30 in the Inman-Ward Funeral Home chapel, Tabor City.
The family is especially grateful for the compassionate, competent and efficient care given to Patty throughout her illness from the staff of Community Home Care & Hospice, Whiteville; and for the outpouring of loving care by family members and dear friends.
In lieu of flowers, a donation may be sent to Community Home Care & Hospice, 333 Jefferson St., Whiteville, NC 28472.
A guest register is available here.