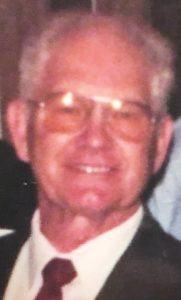 Born in Columbus County, he was the son of the late Jacob David William Williams and Maggie Fowler Williams.

He was a veteran of the U.S. Navy, where he worked in electronics. He then operated the electronics for a radio station. After his service in the Navy, he graduated from UNC Raleigh where he pursued a career in teaching.

He taught in the Sacramento River Delta School District for 30 years. It was his joy to sing in the choir at Walnut Grove Presbyterian Church with his wife of 50 years, Edna Carter Williams. Don moved back to his home town in 2002 and enjoyed singing in the Tabor City Baptist Church choir and playing an active part in the local Rotary Club.

In addition to his parents he was preceded in death by two brothers, Ted and Dale Williams; and two sisters, Agnes Ragsdale and Myrtle Soles.