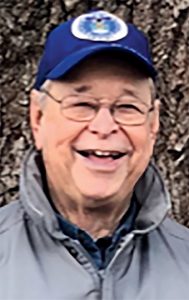 Harold Lloyd Suggs of Loris passed away on Sunday, Jan. 20, at Grand Strand Regional Medical Center in Myrtle Beach following an illness. He was 84.

Mr. Suggs was born on Feb. 7, 1934 in Loris, to the late Worth Bagley Suggs and the late Lillian Lucille Singleton Suggs.

Mr. Suggs was a longtime member of Grace Church in Loris.

Harold served his country in the U.S. Air Force from 1954 to 1957 as a radar technician. While stationed in France he helped develop and teach radar electronics maintenance classes and was awarded the National Defense Service Medal and the Good Conduct Medal. He also served in the United States Air Force Reserve for an additional four years after leaving active duty. In 1968, he developed and taught the first radio/tv electronics program at Horry Georgetown Technical College which became so successful it was offered state wide the following year. In 1971, Harold was nominated for Outstanding Educator of the Year in the U.S. From 1974 to 1976, Harold was the Horry County Coordinator of Federal Funds. He was instrumental in the development, funding, and construction of Heniford Field. In 1975, he persuaded Horry County Legislative Designation to conduct a study regarding the need for rural fire protection which ultimately led to the current rural fire stations you see operating today in Horry, Georgetown and Williamsburg Counties. He also served on the Horry County Ambulance Commission as a member and Chairman, and was instrumental in Horry County obtaining the Jaws of Life. From July 1979 until June 1995, Harold served as Special Schools Manager of the Economic Development Division of the S.C. Technical & Comprehensive Education Program. In 1983, he created the “Bull’s Eye Training Needs Analysis” program and established needs based training programs in over thirty state wide industries including Tupperware and Georgetown Steel. In 1985, Harold installed a fully functional TV studio at Grace Tabernacle Christian Center where he trained operators for audio and video applications and established a weekly television program that ran nonstop until 1993. In 1986, Harold was nominated for S.C. Outstanding Technical Education Educator of the Year. In 1990, Harold was appointed by the S.C. Governor and served on the Horry County Election Commission. In 1994, he served as Vice-President of the Horry County Republican Party. In 2000, he served as the Grace Christian School boys’ basketball coach leading the team to 20-1 record that season. In 2005, he was recognized and honored for his outstanding service by the S.C. House of Representatives. In 2009, he was one of the founders, and served as President of the Northern Horry Republican Club. In 2015, he was awarded the “Community Service Award” by the Loris Chamber of Commerce

Most importantly Harold had a personal relationship with our Lord and Savior, Jesus Christ, and witnessed this to others whenever he got the opportunity. We, his family, know without a doubt that our husband, father, grandfather and great-grandfather is right now with Jesus having the time of his life!!! This man loves his family and will be dearly missed by all.

Visitation was planned from 5 to 7 p.m. Thursday, Jan. 24, at Hardwick Funeral Home.