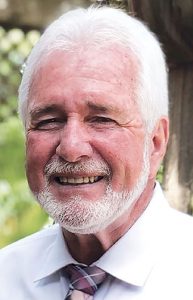 His children recall the legacy of his life.

“Kenny Horne was a loving husband, father, grandfather, mentor and friend. His life will forever be remembered and celebrated by the people he touched through his Christian faith and his servant’s heart.

“Kenny was known for his willingness to help those in need and his steadfast service to others. His undying love for Jesus led his daily interactions and his glowing personality left an impression on everyone he interacted with. Kenny never met a stranger and all that spent time with him considered him a friend. He had the ability to make everyone he interacted with feel important and loved.

“Kenny enlisted in the Coast Guard after high school where he received the Coast Guard Commendation Medal for Meritorious achievement on Sept. 2, 1978. He served his country from 1974-1979.

“After the Coast Guard he followed in his father’s footsteps and pursued his career in civil construction, which led to establishing Horne and Son Construction in 1995 with his wife, Mary. He built a successful career on honesty and integrity and was the voice of reason in a world of chaos. He shared his many years of experience and knowledge of his craft with others and was a mentor to many, especially his son, Daniel, who has also made his career in civil contracting.

“Above all else, Kenny’s greatest treasure in life was his Family. Kenny met and pursued his wife Mary and they were married two months after meeting each other. They were happily married for 38 and a half years and had three children and two grandsons. They have weathered many storms together and came out stronger by always keeping God first in their lives. He was a loyal and devoted husband. His love for his children and grandchildren has always been unconditional. Kenny loved to spend time with his grandsons, Mack and Miles. If he talked to you more than five minutes you probably know how much he loved them. McKenzie Ray and Miles Kenneth loved their Popa very much and will carry on his name.

“Kenny and Mary were devoted members of Trinity Baptist Church for 36 years. Kenny served as a Deacon and was a lead teacher in the Joy Class which is a special needs Sunday school class. It brought him the greatest joy being their teacher and watching them grow in Christ. He and Mary are members of New Light Church of Bladenboro, where he shared his smile and love of Jesus every Sunday on that fourth-row pew.

“His family will remember him as the Godly, big hearted, patient, selfless, humble, hardworking, giving, loyal, one of a kind husband, daddy, popa and friend.

“In closing, there are not enough words to describe the impact and the legacy that our Dad has left behind. We thank you all for your prayers, love, and support.

“In the words of Kenny Horne, ‘Every day is Christmas.’”

He was preceded in death by a son, Byron Wilson Horne; his mother, Elsie Rae Williamson Butler; and his stepfather, Harbert Butler.