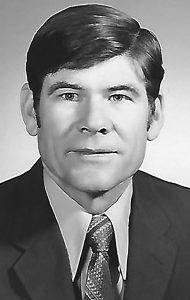 Born Sept. 26, 1923 in the Mount Vernon community of Horry County, he was the son of the late Benjamin Franklin Stevens and Prudence Annie Hughes Stevens and the widower of Retha Cox Stevens.

He was a veteran of four branches of the military, having fought during World War II. Elson retired from the Army in 1964, as a Major.

After retirement, Elson and Retha moved back to Tabor City, where they were socially and politically active. In 1973, he was appointed by Gov. James Holshouser to the eastern section of North Carolina DOT’s division.

He had a love of music and a natural affinity for many instruments. In 1939, Elson, along with his brother, Landy, formed his first band, The Carolina Playboys. In the late 1970’s, he opened Columbus County’s only music studio, Southern Sounds Production, which operated until 1996.

In addition to his parents and wife, he was predeceased by a daughter, Diane Jones; six brothers; and two sisters.