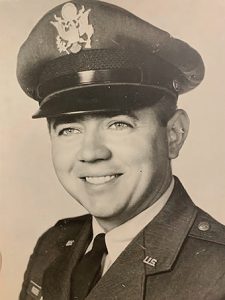 James Charles Rogers of Apex slipped these surly bonds of earth on Aug. 2. He was 83.

Jim was born in Tabor City on Aug. 20, 1936, son of James Samuel and Inez Harrelson Rogers.

As a boy, he dreamed of flying airplanes and, while still in college, he fulfilled that dream. As a Captain in the United States Air Force Strategic Air Command during the Vietnam and Cold Wars and during a 30-year career at Delta Air Lines, he sailed the skies, his home away from home.

Jim earned a bachelor’s degree in mechanical engineering from North Carolina State University and was bemused when his four children all became Tar Heel fans. He was a lifelong avid reader, racing through anything he could get his hands on, yet he had a fondness for books about aviation, the wild west, and the American Civil War. He was a freethinker with a wry sense of humor, and he had an uncanny ability to recall facts about a wide breadth of subjects.

In his later years, even as his health declined, he remained cheerful. He shared that cheer with his grandchildren, who were his devotion for the past 30 years.

No public services are scheduled at this time. A guest register is available at here.