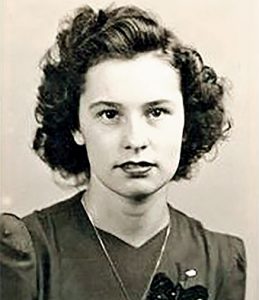 Elsie Mae Fowler Bennett Harrelson of Tabor City, widow of the late Royce Harrelson, passed away on Monday, Jan. 10, at Shoreland Health Care & Retirement Center in Whiteville. She was 93.

Born Aug. 3, 1928 in Tabor City, she was a daughter of the late Worth and Sanatha Fowler. Her father was a farmer and long-time owner of Fowler’s Barber Shop, which many years later was bought by Stewart Watts.

Elsie was primarily a homemaker, but for many years she worked part-time at Wright’s Gas Company when it was owned by Willard Wright. She was also a member of Tabor City Baptist Church and the VFW Auxiliary.

Elsie lived her whole life in Tabor City until spring 2021. She knew most of the residents in town. Even recently, she could still recall various family histories.

She was a very sweet person who loved each of her children and in-laws, grandchildren, and great-grandchildren.

Elsie was also willing to try new experiences – like riding on a 4-wheeler with her granddaughter in the 2000s. Another example is from the late 1970s, when she braved her very first flight to enjoy a 15-day tour of Europe with her future daughter-in-law Mary.

Throughout her life, she recalled various experiences from that trip – especially those in London, Paris, and Rome.

Her last big trip was with family to California – from Venice Beach to Hollywood, up the Pacific Coast Highway, and to Santa Barbara and San Francisco.

In honor of Elsie, the family encourages acts of kindness to others – or a donation to a charity of your choice.

A celebration of life will occur at a later time.