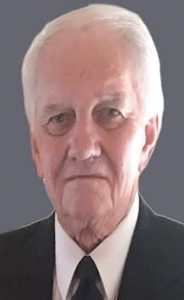 William Donald “Don” Norris (also known as Papa Don) of West Columbia passed away on Nov. 29. He was 84.

Don’s family were tobacco farmers. As a child he quickly learned the meaning of a loving, hard-working, humble, Christian family. Having three uncles who were Wesleyan Methodist preachers, he knew to always do the right thing or discipline would be unforgettable. He learned the labor-intensive work of cropping tobacco and plowing with mules. He dreamed of a better life.

When his mother died in 1958, he left Tabor City in search of a new beginning but never forgot his roots and where he came from. Upon arriving in Columbia, Don went to Barber College. In 1960, he opened his first shop, Parklane Barber shop in Parklane Shopping Center, Cayce.

In 1961, he received a draft notice, quickly got his affairs in order, and reported to serve his country in the U. S. Army. He served during the Berlin Crisis as a member of the 19th infantry, 2nd battle group, 24th division in Germany. After serving two years in active duty, Don was wounded in combat training, returned to America to Womack Hospital in Fayetteville, and then to Fort Bragg. After which he served four years in the 321st Reserve Unit at Fort Jackson. He remained in service several months beyond his ETS.

In 1964, Don partnered with his brother to open Norris Brothers Barber Shop. In 1970, he established The Rogue at Dutch Square serving Columbia residents for 45 years before relocating into Colonial Village (2015 to present). The salon was so successful it was named, The State Newspaper’s Best Hair Salon for several years. During this time his clients became like family. He created a bond of friendship with each client that developed through generations.

Don was gregarious, as he never met a stranger and well known for his storytelling and jokes. He also enjoyed terrifying his sons, nieces and nephews with many spooky legends and myths of long ago. He was best known for his quick wit and sense of humor.

Further, Don took on the daunting task of improving the barbering profession when he realized many laws and licensing regulations should be addressed. With many believing in his knowledge, he was elected to be President of the SC Barber Association. Governor Riley acknowledged his work by awarding him with the high honor of “Barber of the Year” in 1987. The following year, he was appointed to the SC Barber Board where he served four terms on the board with two terms as chairman after appointment by his peer board members. During this time, he was instrumental in getting legislation passed for the advancement of the barbering profession.

In a letter to Governor Riley, Senator Joel Lourie described Don as having “a wealth of knowledge” to guide and govern the barbers of South Carolina. Don was appointed to the SC Department of Labor, Licensing and Regulation’s Oversight Committee where he served until his health declined.

He was also appointed to the West Columbia Planning Commission where he served two terms for planning and zoning ordinance. Additionally, he served on the advisory board for Roffler Industries in New York City where he aided his industry to rewrite the National Testing Examinations for the entire country.

Further, he was a member of Our Saviour Lutheran Church since 1966.

A busy man, Don always looked forward to long weekends at his best-kept secret, his lake house. He was an avid fisherman, loved sitting on the front porch watching the sunset, and thinking – what he did best! He firmly believed in family first along with his many words of wisdom. His early childhood provided the pathway to the man he was. He was grounded firmly in the knowledge of Family, being humble, strength, and respect for others (always remember to be humble and kind).

In lieu of flowers, a memorial may be made to Our Saviour Lutheran Church 1500 Sunset Blvd, West Columbia, SC 29169.