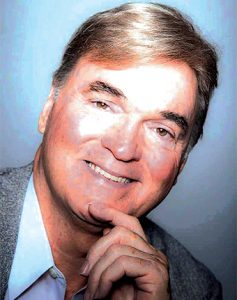 Born in Columbus County, he was a son of the late Odum W. and Neppie R. Williamson.

Bob enjoyed a full, rich life and career that many people only dream of in their lifetime.

After high school graduation Bob enrolled in UNC Chapel-Hill to study music. He was active in both drama and music, performing leading roles in several productions during his college years. He graduated with a Bachelor of Arts degree in Music in 1963. He was a proud alumnus and avid Tar-Heel fan his entire life. His musical education and desire to perform began to blossom while in college.

In January 1963 he joined the US Navy where he auditioned and was accepted into the US Navy Band’s famous choral group, The Sea Chanters. It did not take long before he rose to featured soloist and had the honor of performing for Presidents Kennedy, Johnson, and Nixon as well as many Washington officials including the Joint Chiefs of Staff and Diplomatic Corps. During his tenure with the Navy, he was fortunate to study under Todd Duncan, a renowned American baritone opera singer and actor. Bob performed with groups such as The American Light Opera Company, The Opera Society of Washington, The Opera Theatre of Northern Virginia and the Washington Civic Opera.

After leaving the Navy in June of 1969 Bob remained in the Washington area where he enjoyed being one of the most highly sought-after tenors in the area. His dark good looks and versatile talents garnered rave reviews from local critics and audiences alike. He was selected to be a soloist with the very first Wolf Trap Opera performance in 1971 and was a proud Wolf Trap alumnus.

He continued to perform for many years with various organizations including The Washington National Opera, The Miami Beach Symphony Orchestra, The Lake George Opera Festival and the Manhattan School of Music and made his European debut with The Orchestra du Capitole de Toulouse based in Toulouse France. A highlight of his musical career was as the music and stage Director and lead singer of Verdi’s Un Ballo in Maschera production for The Friends of the Opera in Washington.

He wowed audiences with his humor and vocal pyrotechnics on the dinner theatre circuit performing at the Burn Brae Dinner theatre in Burtonsville, MD.

Bob went on to hold positions with TRW, The National Conservatory of Dramatic Arts, Friends of the Opera and Lockheed Martin in Washington, DC prior to semi-retirement and moving back to the Wilmington, NC area in 2003.

Bob continued to be active in music locally through his church, First Presbyterian Church of Wilmington, where he was a member of the choir. He sang as a Tenor in the Choir and was involved in the annual service of “The Kirkin O’ the Tartans” wearing traditional kilt attire and serving as Color Guard. He was also the drum major for the Port City Pipes and Drums.

He discovered his love for his family ancestry/genealogy after retirement and was a devoted member of the Southeastern North Carolina Genealogical Society and Columbus County Chapter of the National Society of the Sons of the American Revolution.

He researched and documented the Williamson family ancestral history and was honored to present it to the Society members. He discovered the family tartan, Ancient McKay, and loved representing it. He proudly participated in the Grandfather Mountain, NC and Scotland County Highland tradition by wearing his kilt during ceremonies.

Bob also served on his Westport Community Homeowners Association Board. Bob loved his neighborhood and appreciated all the support from his neighbors.

He is survived by his brother Richard Williamson and his wife, Linda, as well as several nieces, nephews, and great nieces and nephews. He is also survived by his beloved beagle and constant companion, Molly. Bob had many, many close friends, colleagues and neighbors and will be sorely missed.

A celebration of his life will be held at 11 a.m. Saturday, Jan. 28, in First Presbyterian Church, 125 South 3rd Street in Wilmington. Visitation will follow.